Our racing club is now in its 4th year! We’re getting a better idea of what to expect at the races, and our individual racers are improving. The 2016 season is already halfway over. It’s been six months since the Kumamoto Earthquakes. Some damage remains, but we’re gradually getting back to normal and we’ve been following the racing scene and becoming more involved.

This season, we’re participating in the Kyushu Road Race Championship JP250 category. We have two CBR300s, and are going up against 2-cylinder Kawasakis and Yamahas. After steadily gaining points, we’re currently ranked number 1!

Our ace #54 Tajiri has only participated in a few International Class races, but is in first! #56 Kuroki is also holding onto first place in the heavily competitive National Class. Unfortunately, the final race is at Autopolis, which has a long track that is supposedly advantageous to 2-cylinder motorcycles and might give our CBRs trouble.

Our own 54R! muffler gives our bikes an advantage over the 2-cylinders, so we expect a close race. We’re going to stick it out to the end, do what we can to win, and try our best to finish on a positive note! 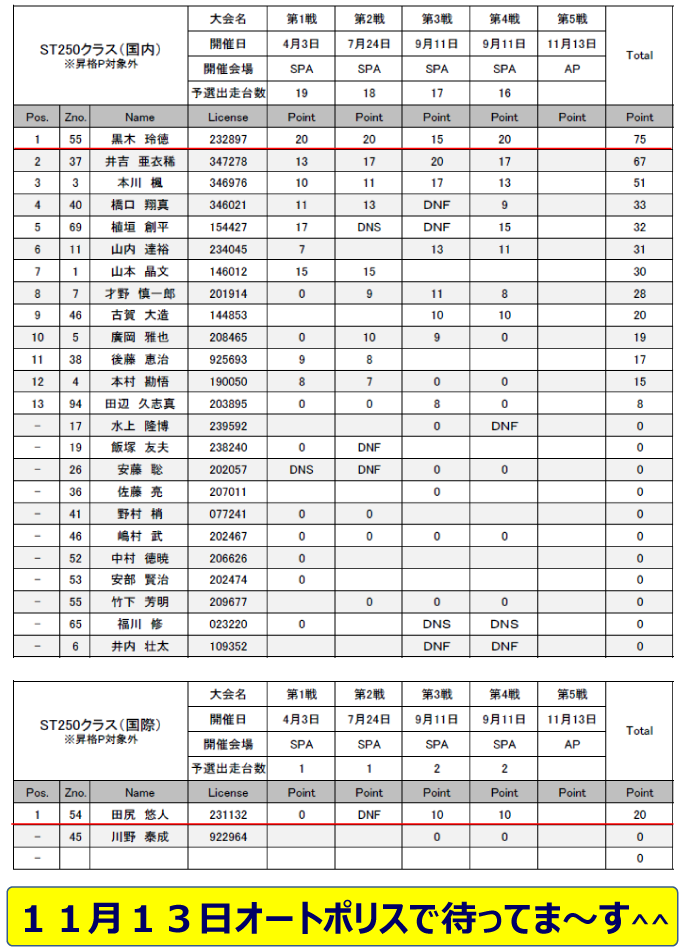 Anyone welcome, even beginners and people who don’t have a motorcycle! 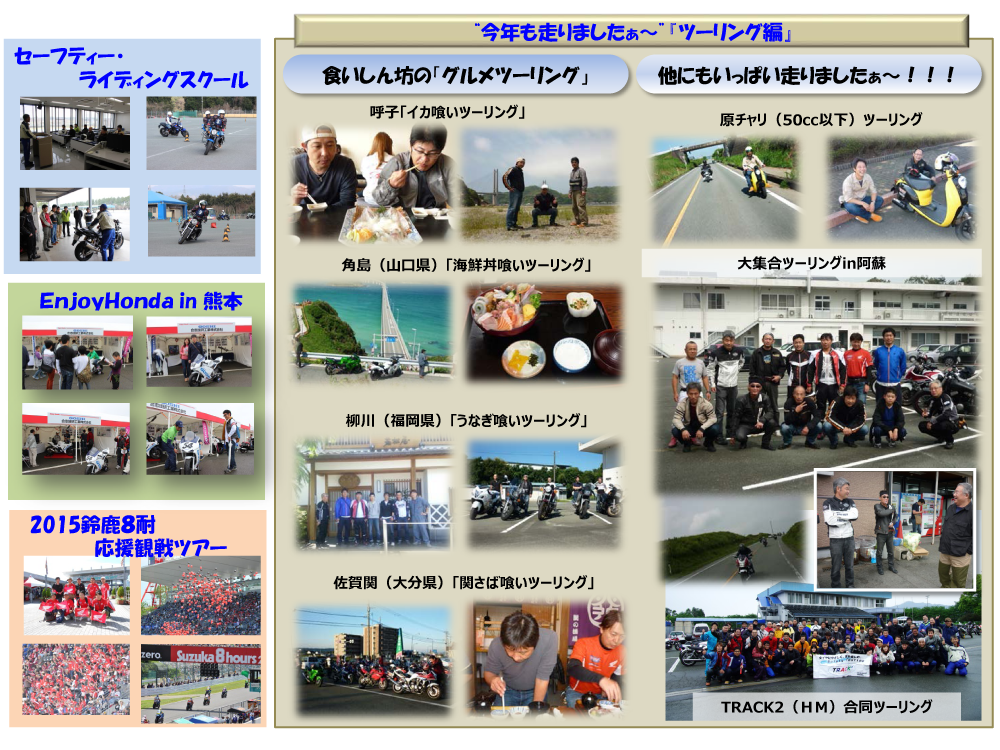